Michael is a graduate of Texas A&M University in College Station, TX. He received his B.S in Recreation Administration in 2005 and went to work for the City of Grand Prairie, Texas right after graduation.

For the first year in Grand Prairie, Michael was the banquet captain at the Ruthe Jackson Center, where he oversaw all the evening events from weddings to class reunions and more. After working a year at Ruthe Jackson, the next four years he supervised the Charley Taylor Recreation Center and oversaw an after-school program and summer camps for kids ages 6 – 12 years. One of the great aspects of running a recreation center is seeing the kids grow and find out what they want to be in life. The recreation center is a central part of many of these kid’s lives and it was a joy to create programs that kept the kids engaged.

In 2010, Michael became Assistant Manager for The Summit 50+ Active Adult Center, also in Grand Prairie. He currently helps manage The Summit and loves changing the lives of active adults and baby boomers each and every day. In 2014, he started his entrepreneurship journey in providing website solutions, graphic design support and videography. Helping people to accomplish their goals is rewarding to Michael. Everyday his goal is to reach out to one person and help spark their journey to becoming someone they want to be.

In 2018, Michael began his next journey with Toastmasters International. Michael was a founding member of the Grand Orators Toastmasters Club in Grand Prairie, a community Toastmasters club open to everyone to participate in. In a short few months, Michael determined that his thought of Toastmasters now is much different than was when he started.

Toastmasters is more than just working on public speaking, it is an environment of multiple roles, friendships and abilities. It is okay to fail in Toastmasters because it is safe place to ask questions when you mess up and everyone is in there for the same reason. As a matter of fact, Toastmasters has helped build confidence in Michael to where getting up in front of groups has become a lot of fun. Read more about Toastmasters in the blog. 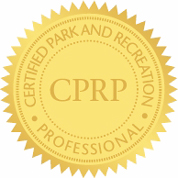 My Experience at Texas A&M – Part I

Michael Levy, Contributor on Recreation, Software, Life & Beyond... Michael is a graduate of Texas A&M University in College Station, TX. He received his B.S in Recreation Administration in 2005 and went to work for the City of Grand Prairi...